Being in a Financial Tailspin

There are a great many things that I’d still like to do with my life.

I love to write, even though I’m not great at it. I love to make photographs, even though I’m sort of “okay” at that. I like to walk and talk, drink beer, eat good food, drive fast cars, watch movies, play with my son and make love to my wife. Those things I am good at, some of them are free.

I’d like to travel more. I’d love to be able to take my family away each summer on some grand adventure, jumping into our modest car with a few possessions and disappear into Europe for a few weeks. I’d love to be able to hop on a plane and fly to New York, pick up a mini-van and spend a couple of weeks driving to L.A., eating burgers and staying at motels all the way to California. 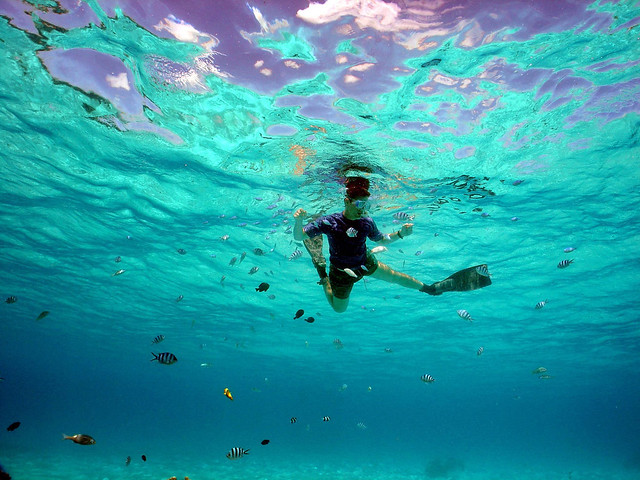 I really want to take my son swimming in an ocean that is as warm as a cool bath under a hot sun.

The list goes on and on, dreams that I could make a reality if I could put myself in a position of financial stability.

A few years ago I had severe money troubles. Buying a home and starting a family was the standard route in life, and I was on that path. It would have been perfect but for the impending financial market crash that loomed dark on the horizon. Right about the time we needed to fix our mortgage re-payments again, I was made redundant from my job as a salesman. Having to survive on credit cards for a few weeks until I found another job seemed like a good idea, and sure enough I found work with a friend days later. That was short lived, the details of which I shall write about at another time. Suffice it to say we were in trouble.

Being in a financial tailspin, close to passing out and still trying to regain control was hard on me. I pulled out all of the stops, trying to keep a roof over our heads. My stress levels went through the roof. I had a two year old boy and wife to look after and I needed a job, fast. Luckily, after a couple of months, a family friend stepped in with the offer of a job at her motorcycle shop in Canterbury. We were going to lose our house anyway if we didn’t sell, so we made the decision to move away from Sussex and back to the childhood home of my wife, Margate in Kent.

We sold the house, paid off most of our debt and got the fuck out of dodge. For a while I thought things were looking up, then I got hit with some more bad news. One of the senior people at the bike shop decided that I wasn’t fitting in and told me he was letting me go. My world fell apart. I couldn’t believe that this had happened again. My mind went into overdrive and shoved me kicking and screaming towards the edge of a breakdown. I couldn’t let that happen, not now I had the responsibility of my young family to consider.

Shell-shocked for a few weeks I managed to pull myself together enough to get a job as a projectionist at a new cinema that was being built near to my home in Thanet. It was August, the job started in October. Once again I had to prop up the household finances by using overdrafts and credit cards.

Even though I now had a job with some security that paid well, the damage was already done and within a year I had do go to court and declare myself bankrupt.

So for the last several years I have had to be without any of the financial safety nets that most people enjoy. No overdraft, no loans, no credit cards and I couldn’t even get a mobile phone contract. But do you know what, I’m glad it happened. It was a valuable life lesson and something that has changed the way I look at money forever.

I do now have an AAA credit rating. I have one credit card and a mobile phone contract. We were offered an overdraft, but declined to take it. It would be so easy to take out a loan or a new credit card and throw all of the trips and holidays onto it and say “we’ll worry about that later”. But that would be foolish. Instead I’m trying to do things the way my grandfather did in his day, work hard and save up for the things that you want.

It’s difficult, especially as I’m finding it hard to keep a regular income coming into our account whilst working freelance. Another opportunity did come in up in the summer of 2013 when another friend from my dim and distant past offered me a job working at his BMX parts distribution company in Selsey. It took me away from my family all week and the pay was shit. Foolishly I was taken in, once again, by promises of bigger and better things, none of which happened. This is also a tale I will tell another time.

Despite all of this I think we’re so much richer than I could’ve imagined, even though not having any spare cash means we are trapped. Our finances keep us fenced in, only occasionally opening the gate to let us out to play.

One day I’ll get to do all of the things I’ve mentioned, I can feel it in my bones!

Goodwood and why I’m leaving the camera at home.